My children love theater plays, however, it is not very often we get one for very young audiences.
I was happy to learn that Repertory Philippines has brought to life one of my beloved classical fairy tale, Pinocchio. 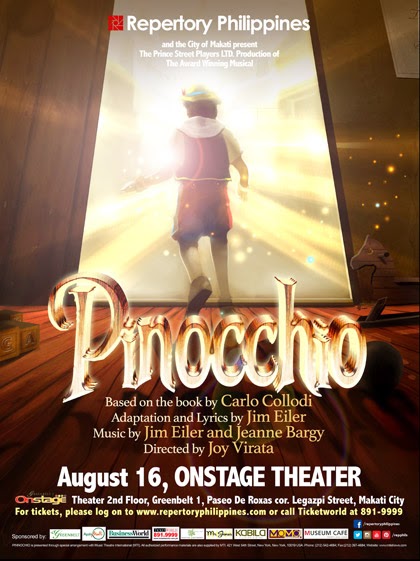 (Photo courtesy of Repertory Philippines website)
My boys were both awestruck to see Geppetto's puppet.
They both loved the Blue Fairy, as she waved her magic wand to bring Pinocchio to life and later she transformed him into a real boy.
And they hated the nasty Coachman and the conniving duo, SignoreVolpone (fox) and Signore Gatto (cat).
My five (5) year old was sad to see Geppetto laments the lost of his puppet boy.  My son was so immersed in the play and was worried when Geppetto, while looking for Pinocchio, made his way through the audience and existed the scene using the Fire Exit.
He asked, "...Why is Geppetto looking for  Pinocchio inside the Fire Exit? What is Pinocchio doing in the Fire Exit?"
(oh so many questions)


The play was crafted with the young audiences in mind. It invited sing-along and viewers' interaction. The props, setting and casts costume were colorful to hold the target viewers' attention.
The casts were equally enthralling.  They were very good, especially the lead character Pinocchio.  I was amazed to learn after, that Pinocchio is played by a real kid, who belts out songs and acts like a pro. 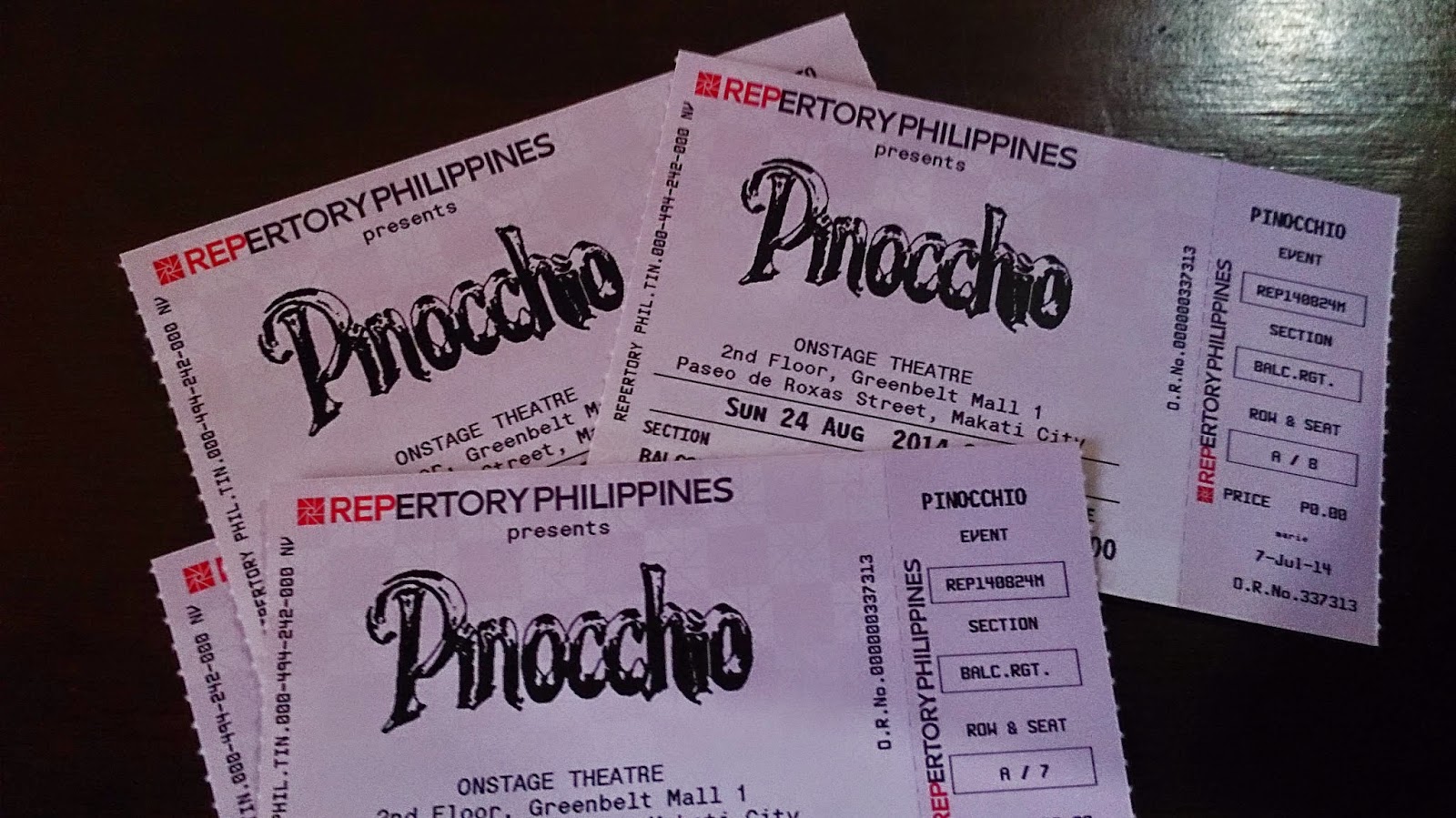 The play was a success in teaching good values such as, obedience and love for study, but not over bearing (which was good).

For a different kind of educational entertainment, please come and see  Pinocchio at the OnStage Theater, Greenbelt 1.
Pinocchio runs from August 16 to December 14.
Tickets are available at TicketWorld.

Email ThisBlogThis!Share to TwitterShare to FacebookShare to Pinterest
Labels: Makati, Play, Review, Theater, What to do at Makati

Dining with a View at BenCab's Cafe Sabel

We are regular visitors at BenCab's museum residence, whenever we are in Baguio.   My family can't let pass and say no to the maestro's art works.  The lovingly crafted art pieces and paintings in a scenic location is simply awesome.
On the ground floor of the museum building is Café Sabel.  The café overlooks a well kept garden with a man-made pond with a bunch of ducks.

We ordered the house specialties and must say they really are special.  They use farm fresh ingredients, some they themselves grew. We have not had any one wrong order from their menu since we started frequenting the place. 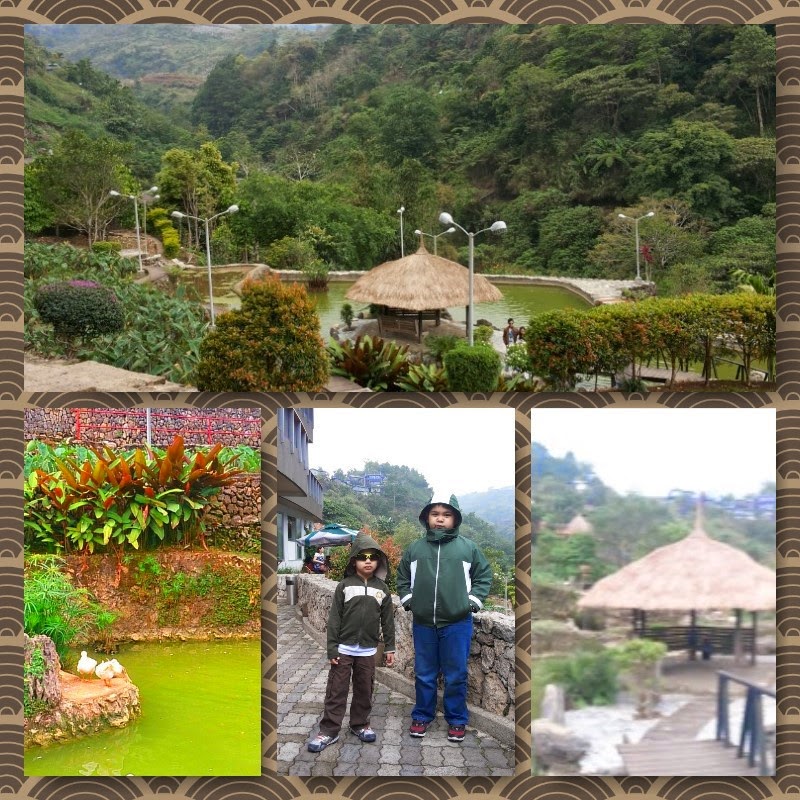 Really no better way to end your museum tour!

P.S. Don't forget to order BenCab's brewed coffee, one the best we have had in Baguio.  Sip and enjoy the view.

I was introduced to Rub's Ribs and BBQ by officemates as a treat  for our unit's monthly birthday celebrants.

I was never a fan of grilled anything, so the invitation came as a must attend rather than a wanna go. 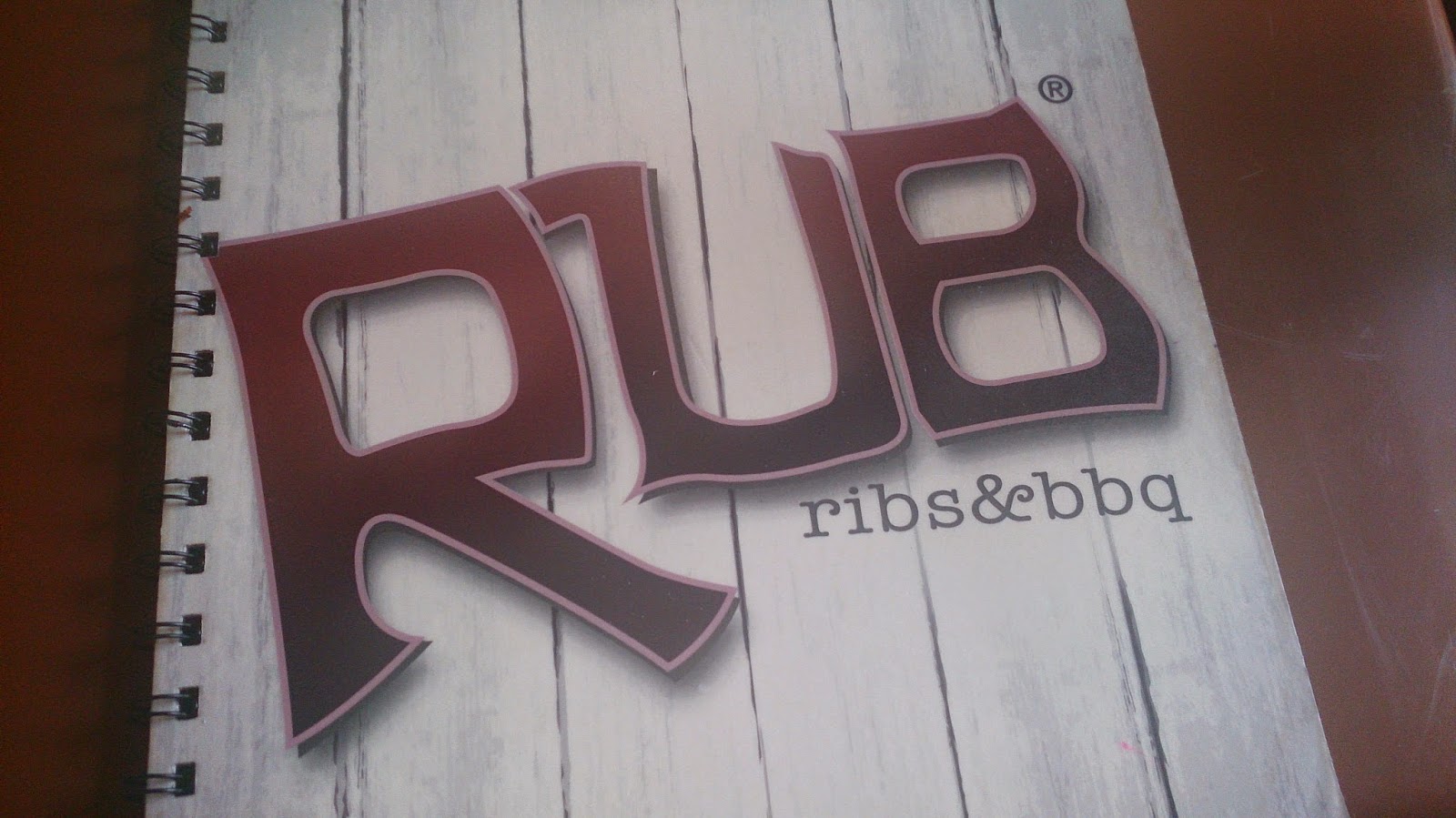 The place is a bit cramped and small, with just enough sitting for about 50-60 pax.  I strongly suggest you call to reserve a table if you intend to come for lunch or dinner. I ordered Chicken Cajun pasta while the rest of my officemates had family brunch servings of ribs with side dishes.

Serving was hefty. My team of 4 boys shared a platter and looked full...(or kinda full)...

My order was spot on. The chicken was tender and delicious. I was not really hungry, but was able to clean my plate easy.

(Sorry not much pictures here, I was busy munching and babbling with office mates I forgot to take photos)


The guys who ordered the BBQ ribs said they will be back for more and requested for the restaurant's flyers. So I guess that means the ribs were delicious.

VERDICT
RUB's is a delicious affordable alternative to otherwise expensive all American grilled restaurant. I am not yet a grilled/BBQ convert, but getting there!

Posted by Juvy Ann Petilla at Thursday, August 21, 2014 No comments:

For sponsored posts, product reviews and advertising inquiries, please email me at:
mamaspeaks@yahoo.com